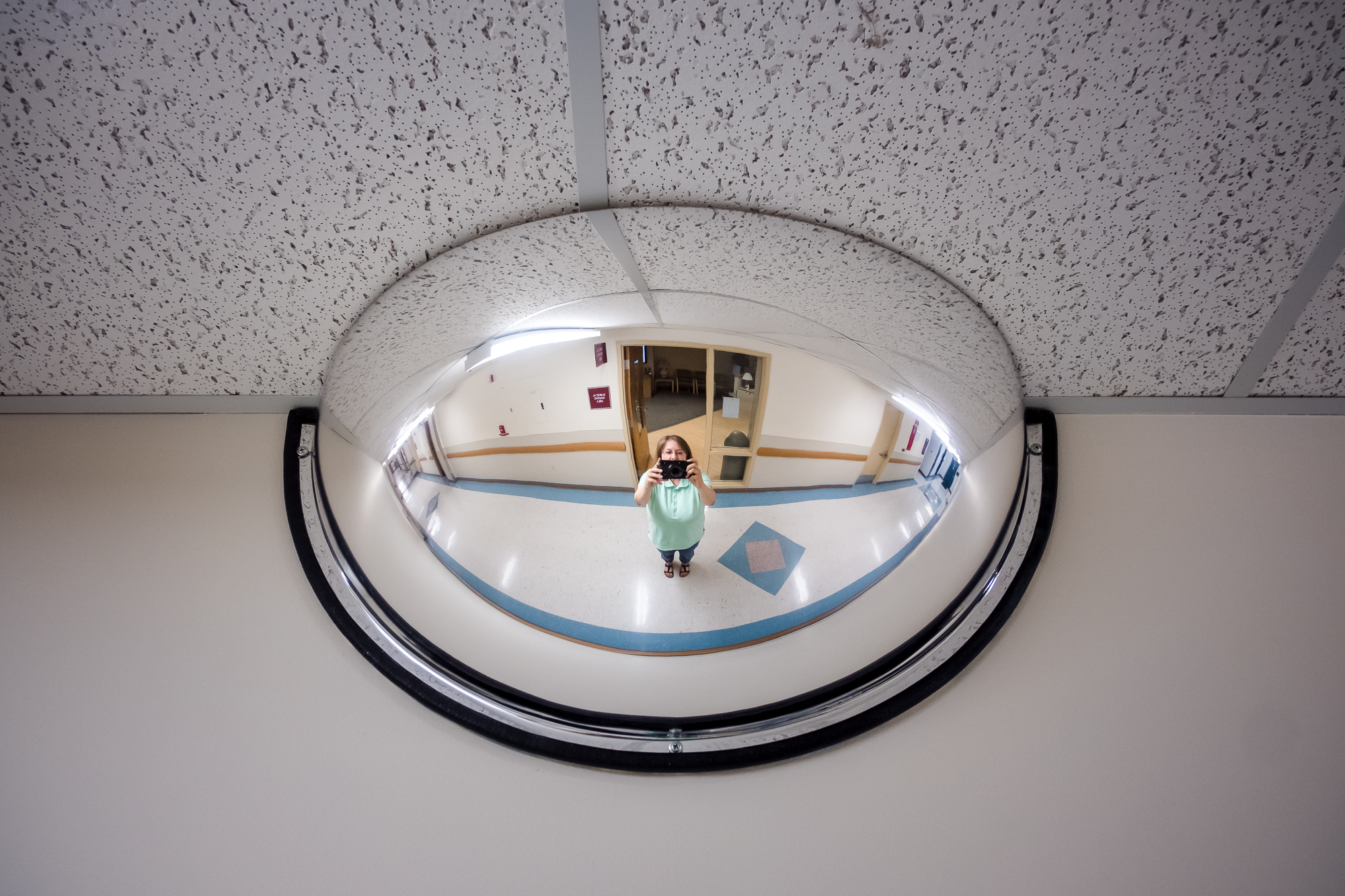 I held up my camera and took a picture of myself in the hallway’s 180-degree mirror. I had been praying nonstop and was antsy. The decaf vanilla latte was long gone, the vending machine wouldn’t give me a Snickers bar no matter how many times I tried to insert the money, and I just couldn’t sit still any longer. I thought using my camera would distract me for just a few moments, and that would be good enough.

I hadn’t planned to be hanging out alone at midnight in the surgical waiting area. The hospital halls were silent, and I strained my ears, hoping to hear the footsteps of the surgeon coming to let me know everything was all right.

I stepped back into the waiting room. The nurse had turned on the Olympics before she left, but I couldn’t concentrate long enough to watch anything. I started praying again. 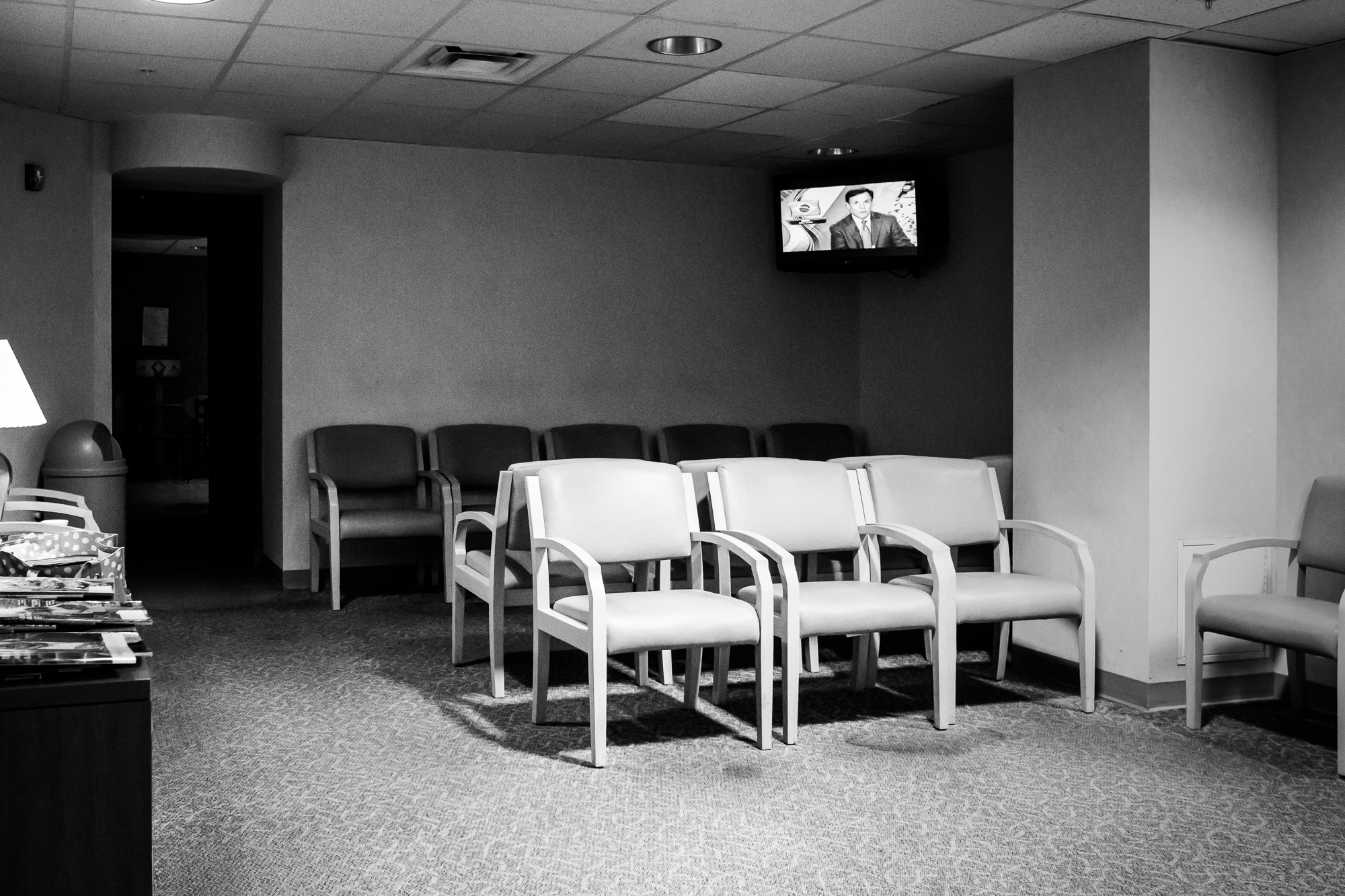 Here’s a helpful tip: if your son or daughter is struck with sudden and unexplained abdominal pain, but it’s in the center instead of the lower-right portion, don’t assume it’s not the appendix.

Cam was struck with exactly that over the weekend, and after hours of it just not going away, he called off work and we headed to the ER. No one particularly likes going to the ER, so we debated. Should we just stop at the local clinic? What if we sit at the ER for hours and they say it’s indigestion? Should we give it more time? But there was that nagging feeling…the pain was persistent, stubborn. Better to get it checked out.

After some tests and — of course — hours of waiting, we got the news.

Cam certainly hadn’t planned to have an appendectomy days before the start of his senior year, but it looked like that’s what was going to happen.

It’s not an easy decision to say, “Sure. Take my kid back there — where I can’t see him — and perform surgery.” Though you’re pretty sure you know what the safest and least-risky decision is, you want a 100% guarantee before you let them wheel him down the hall. And of course, 100% guarantees aren’t really a thing.

So you pray. A lot. You ask more questions. You look the doctor in the eye and search for something there you can trust. You just want to know that even though this is a “routine surgery,” that it will absolutely all be okay.

And then you just have to keep reminding yourself: God loves him so much more than you do. This didn’t catch God by surprise. God’s got this.

So you pray with him one more time, tell him again that you love him, and let the nurse lead you down the hall to the empty waiting room.

Look. I know that a laparoscopic appendectomy is not open-heart surgery. I personally know moms who have watched their tiny babies go through far riskier surgeries. And what I learned this week is even greater compassion for those moms and others like them.

The way my heart hurt as I signed off on a brief, routine surgery for my 17-year-old prompts me now to pray fervently for the moms and dads who are facing much more.

The surgeon eventually came, and assured me all was well. Before long, I was with Cam in the recovery room (where the nurses were downright amazing), and eventually they moved us to a patient room so we could get a few hours of sleep. They put us on the quiet pediatric floor, even though Cam could have certainly been put in a different room, so that I’d be able to stay over with him instead of driving home in the middle of the night, where I would no doubt get zero sleep anyway.

The pediatric room had its perks: fish stickers on the wall and Dr. Seuss quotes over the beds, and complimentary meals for the guest (me!). And it was quiet. Definitely something to be thankful for, which you know if you’ve ever tried to get any sleep at a hospital. 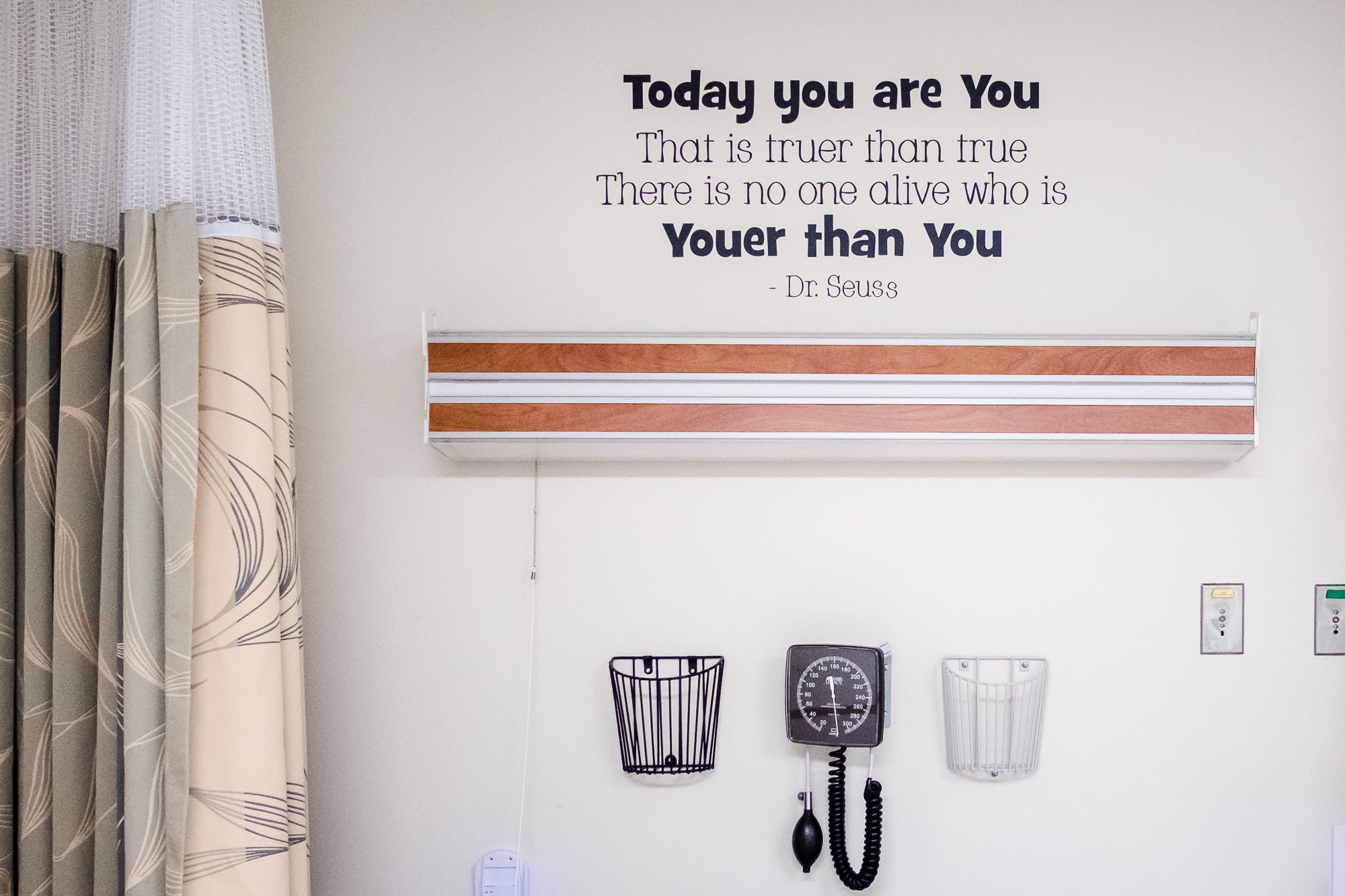 We’re home now, and Cam is recovering in the comfort of his own space. Of course, there is pain medication and follow-up visits and lots of rest. But we’re home.

Thankful for the doctors and nurses who are both skilled and caring.

Thankful for modern medicine and the options we have.

Thankful for those who checked in with me by text and told me to update them, even if it was super-late.

Thankful for Chad, who got me through the rough spots by phone and by text, every step of the way.

Thankful for Cam, and that he is upstairs right now, listening to something on his iPad.

Most of all, thankful that God was with us each moment, and for His care and protection.