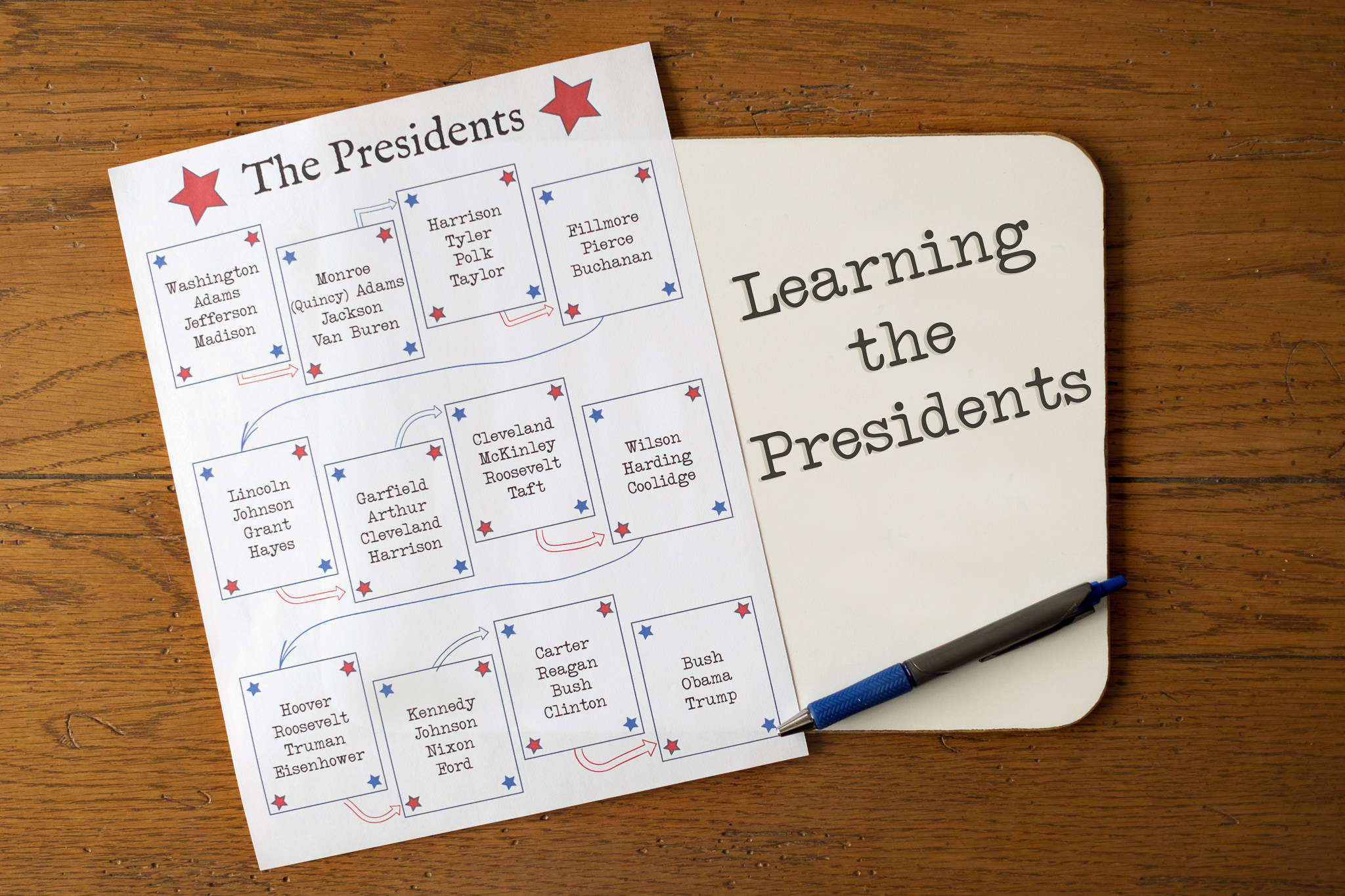 Considering the fact that I live with one person who has a history degree and another person who plans to major in history when he goes to college this fall, I am woefully bad at history.

This is not an exaggeration. My family may or may not pick on me because my “mastery” of history consists of a few random dates and a few random historical people…and that’s about it. (For example, I can tell you that the Magna Carta was signed in 1215, and that Columbus sailed the ocean blue in 1492, but don’t ask about too many other things. Really.)

It’s sad, I know. And as a homeschooling mom, I can tell you that I’m learning history right along with L. He’s learning more, of course, because my brain just doesn’t hold on to as many new facts as it once did. But in general, as he’s learning things, they sound pretty new to me as well.

This year, we’re doing an overview of American history, and I thought it would be a nice idea for L. (and me!) to learn the U.S. presidents in chronological order and to know a little bit about each one.

So since all this learning about the presidents wasn’t going to come from knowledge I already had, I looked for some resources to help us along.

Learning the presidents chronologically through song

I firmly believe that if you want to memorize a list of things, it is made far easier if you can put the list to music. Or a jingle. Or a chant. Anything sing-songy will work, really.

I mean, how many of you still spell bologna by singing the old Oscar Mayer commercial to yourselves? Yeah, me too.

So I went looking for a song to help us learn the presidents in order. Spoiler alert: there are a lot of options. From raps to chants to Animaniacs cartoons, you can find countless options to help you in your quest to memorize the presidents.

In the end, I went with something simple: the presidents’ last names, set to the tune of “10 Little Indians.” L. and I started by watching this YouTube video a few times to get the rhythm and phrasing:

After that, I just created a printable list of presidents and hung it by L.’s desk. Now every day, he works on it a little more. He’s already two-thirds done and will have it all memorized in no time.

Learning a bit about the presidents 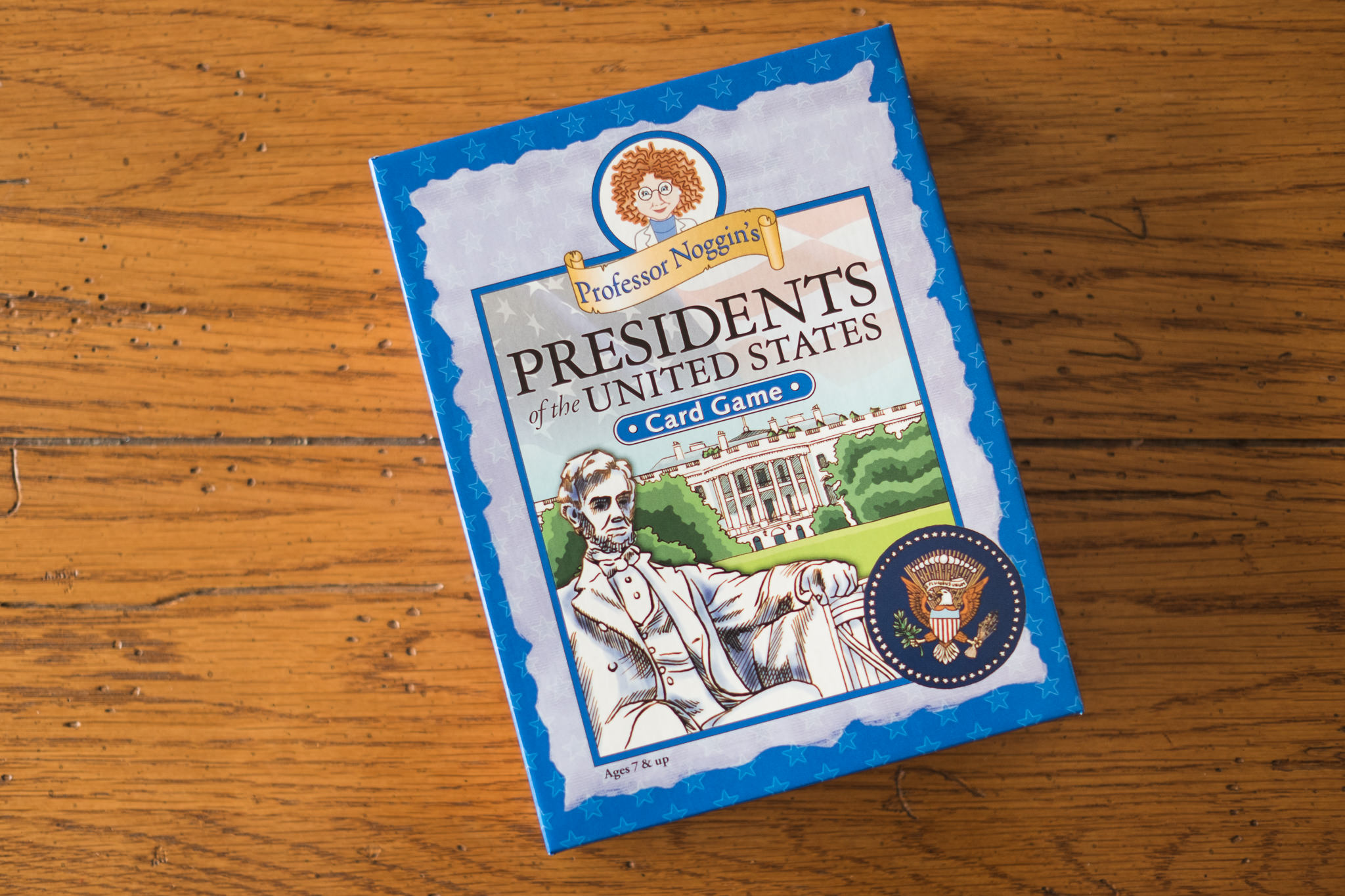 L. and I are also using Professor Noggin’s Presidents of the United States card game to learn and reinforce a few facts about our country’s presidents. 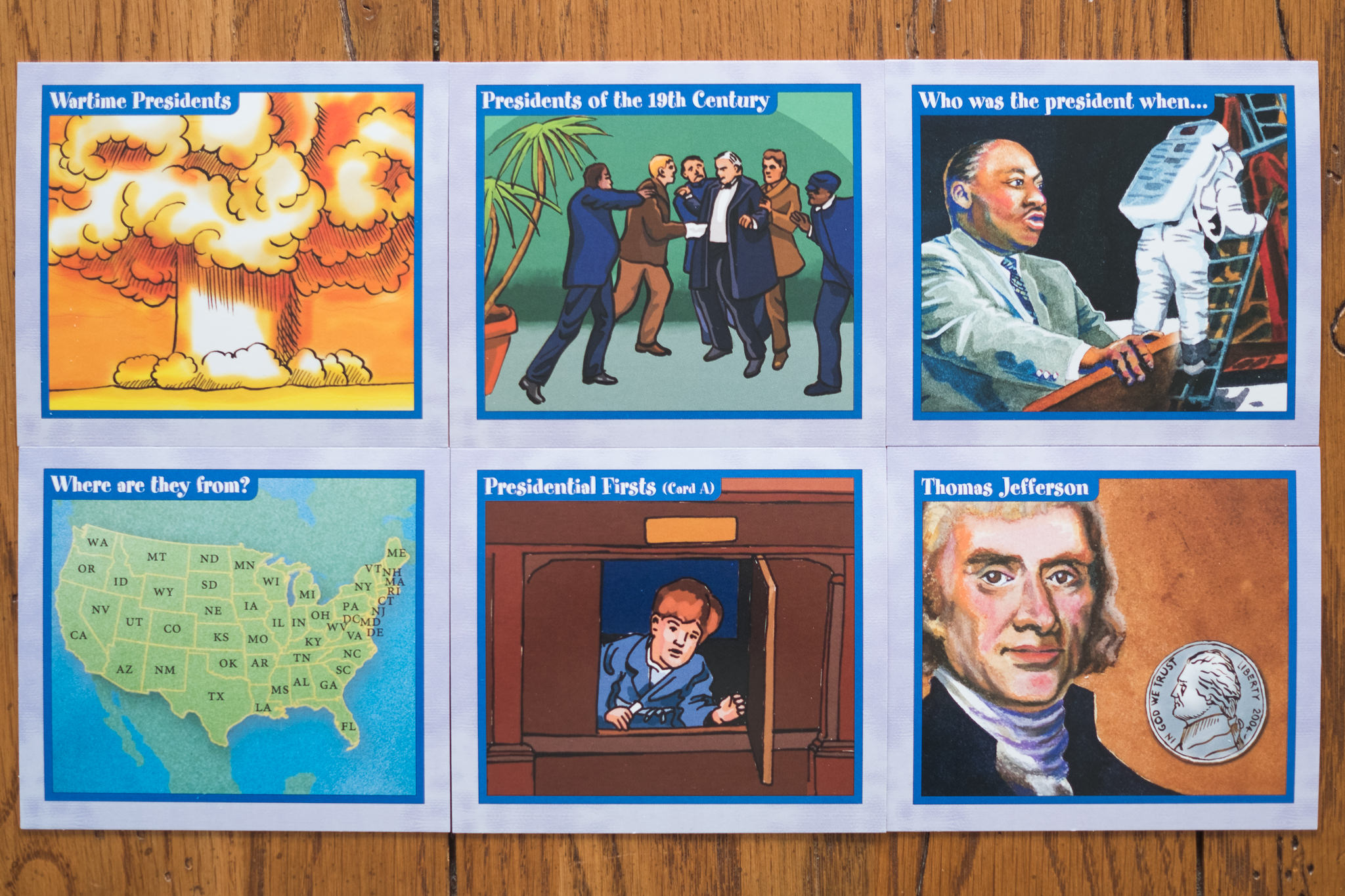 This game has both easy and hard questions on a range of presidential topics — everything from campaign slogans to quotes to important events during presidential terms. I have to tell you — L. and I are pretty evenly matched at this game. Our last battle ended in a perfect tie. 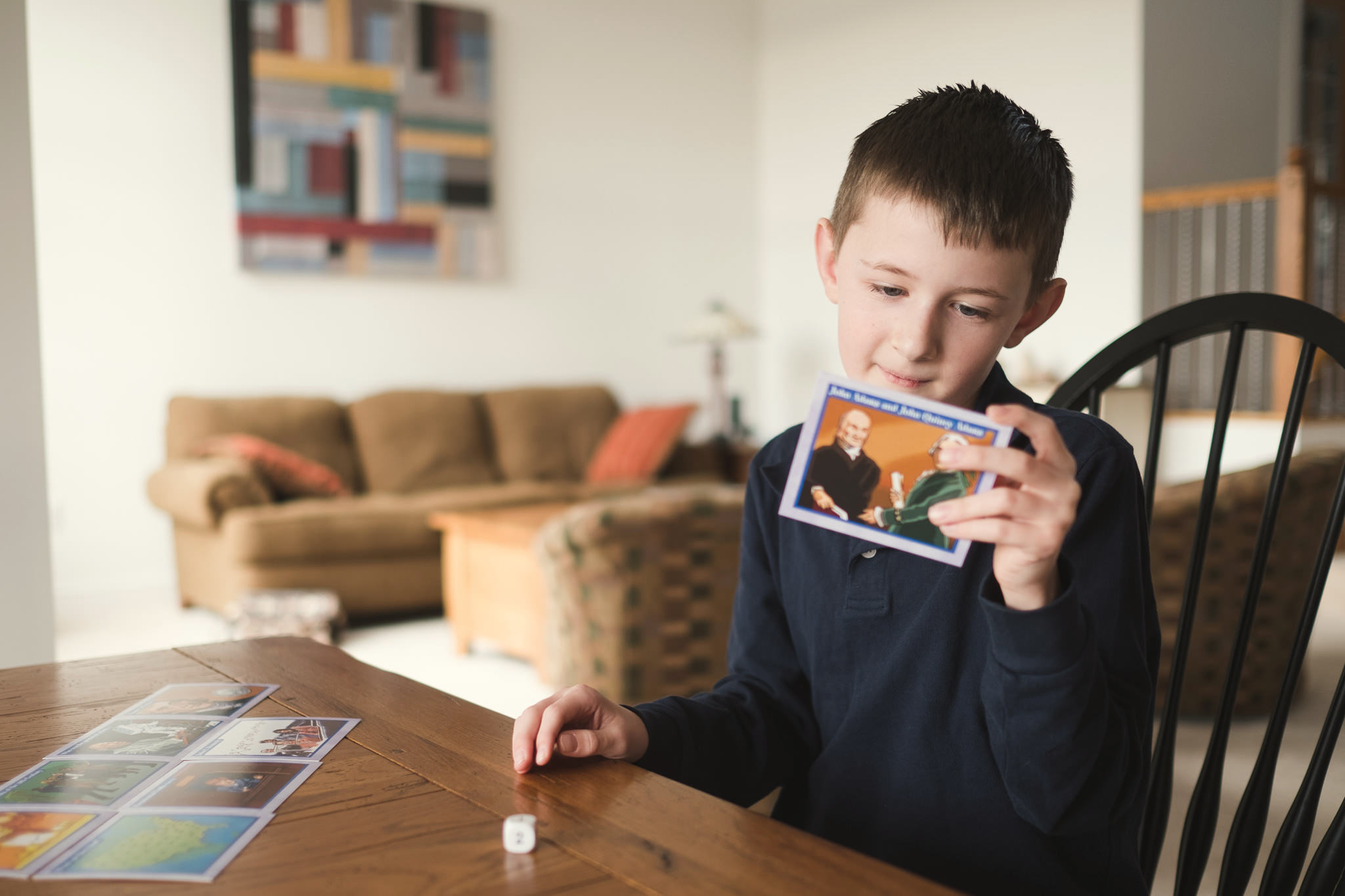 Of course, L. is learning a lot more about the presidents through his American History curriculum this year, but this game is still a fun way to quiz each other and keep our presidential facts fresh.

What have you done in your home (whether you homeschool or not) to learn more about the presidents, or history in general? I’m always looking for ways to make history more exciting and memorable for L.

And don’t forget to grab your free printable of the U.S. presidents. It’s set up to follow the phrasing of the song we used, and breaks the list of presidents down into manageable chunks. Download it right here. 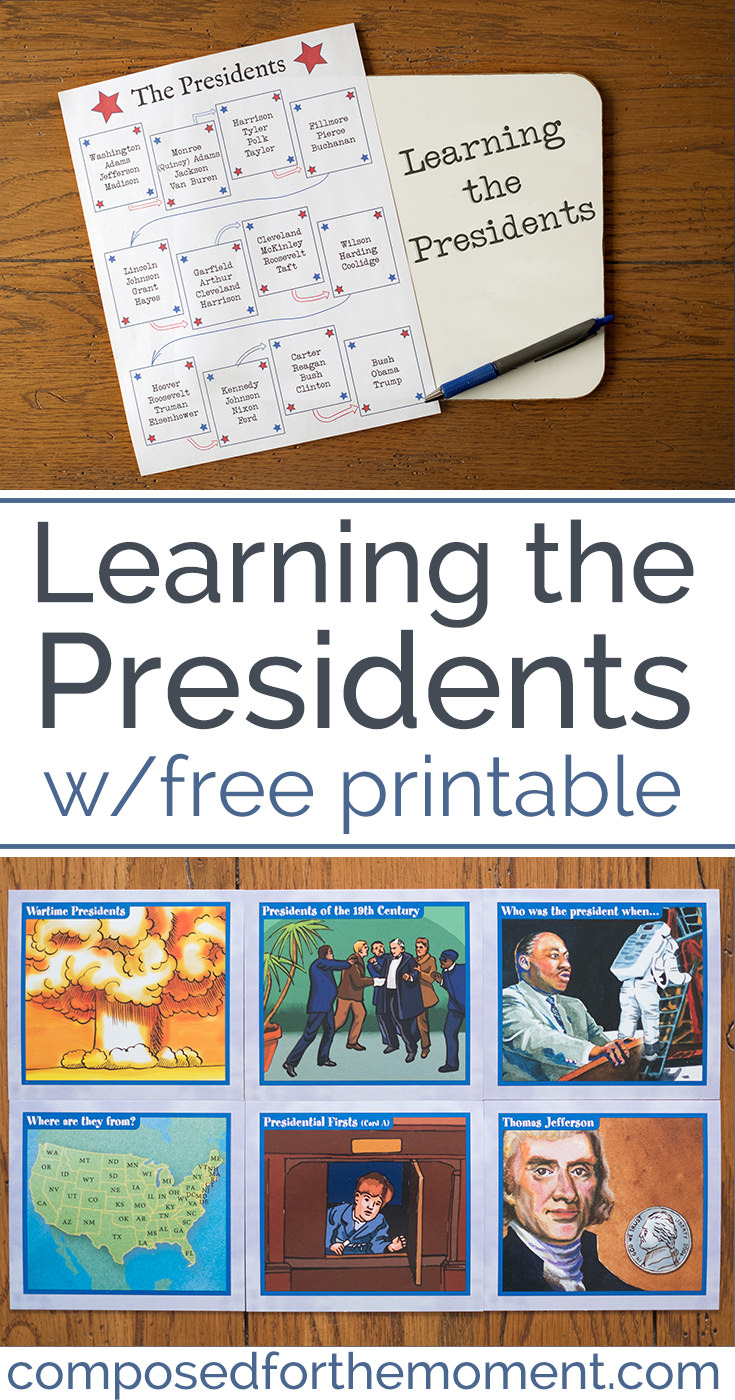